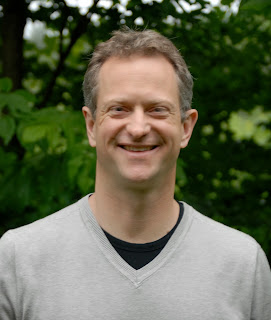 WHITE RIVER JUNCTION, VT, October 26.  Fritz Bedford of Etna, NH, became the fastest backstroker in the world over age 50 last weekend, setting two world records at the 5th Annual UVAC Leaf Peepers Masters Meet.
Bedford, who turned 50 in September, swam a 59.91 in the 100-meter (short-course-meters) backstroke, breaking the world record by one one-hundredth of a second and becoming only the second swimmer over age 50 to break the magic one-minute barrier in this event.
Roughly 90 minutes later, Bedford clocked 27.39 for the 50-meter backstroke to eclipse the existing world mark of 27.66.  Bedford was unchallenged in his record-breaking swims, which took place at a half-day mini meet hosted by his masters team, the UVRays, at the Upper Valley Aquatic Center.   Bedford took home Fastest Man in the Pool honors — not for his dorsal achievements, but because his touch-pad-verified 11.99 in the 25-meter butterfly was the fastest 25 turned in by anyone at the meet, in any stroke.  Bedford closed out the meet with a 26.54 in the 50-meter butterfly, vaulting him to Top 5 in the world in that event in the 50-54 age group, and a 28.23 50-meter backstroke as the lead-off swimmer on his team’s 200 Medley Relay.
“He makes it look effortless,” was the consensus of Bedford’s teammates and others at the meet, which attracted 93 swimmers from CT, MA, ME, NH, NY, and VT.   For the dozen or more who were swimming in their first-ever masters meet, Fritz’s world-class performances and genial deck presence were an inspiration.
In addition to Fritz’s two world records, the meet produced several New England records, including two by Bedford’s coach, Barbara Hummel (41.82 in the 50 breaststroke; 1:34.82 in the 100 breaststroke).  “But this meet belonged to Fritz,” said Hummel.  “He’s been swimming at world-record pace in the last few practices and he just put it all together on Saturday.  He’s amazing.”
Donate